Have you ever had something you never thought about making homemade, and then after you’ve made it you don’t want store bought again? These homemade English muffins are one of those things for me.
I never thought you could make them homemade… they’ve always just been something I bought. But one day I found a recipe in an old cookbook and thought what the heck…

I will start with the fact that I myself am not a huge English muffin fan, but I love these. They are denser than store bought ones, and taste so fresh and delicious.

Scott and Daniel can put away some Thomas’ and these go just as fast. They’ve even gotten the seal of approval from the guys Scott works with.

The process is a little different from other dough, but they are pretty simple and well worth it. 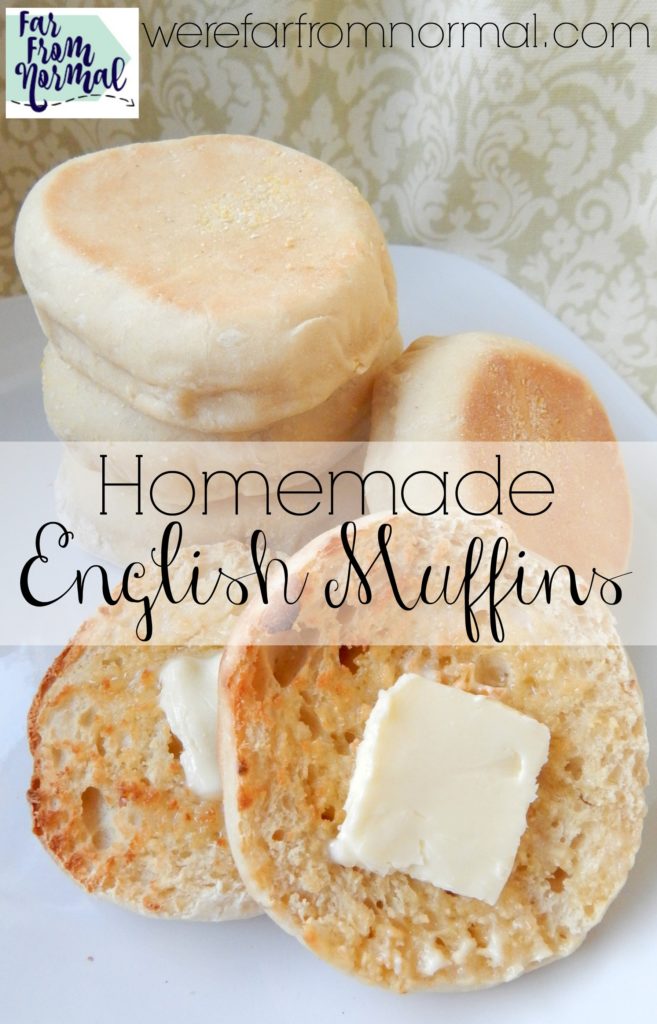 Here’s what you’ll need for these homemade English muffins!


Everything goes into the bowl at once, I have never used m bread machine for this, but the original recipe says you can use the dough setting.

And mix with a paddle attachment, it does a better job than the dough hook. It makes a really stretchy dough. 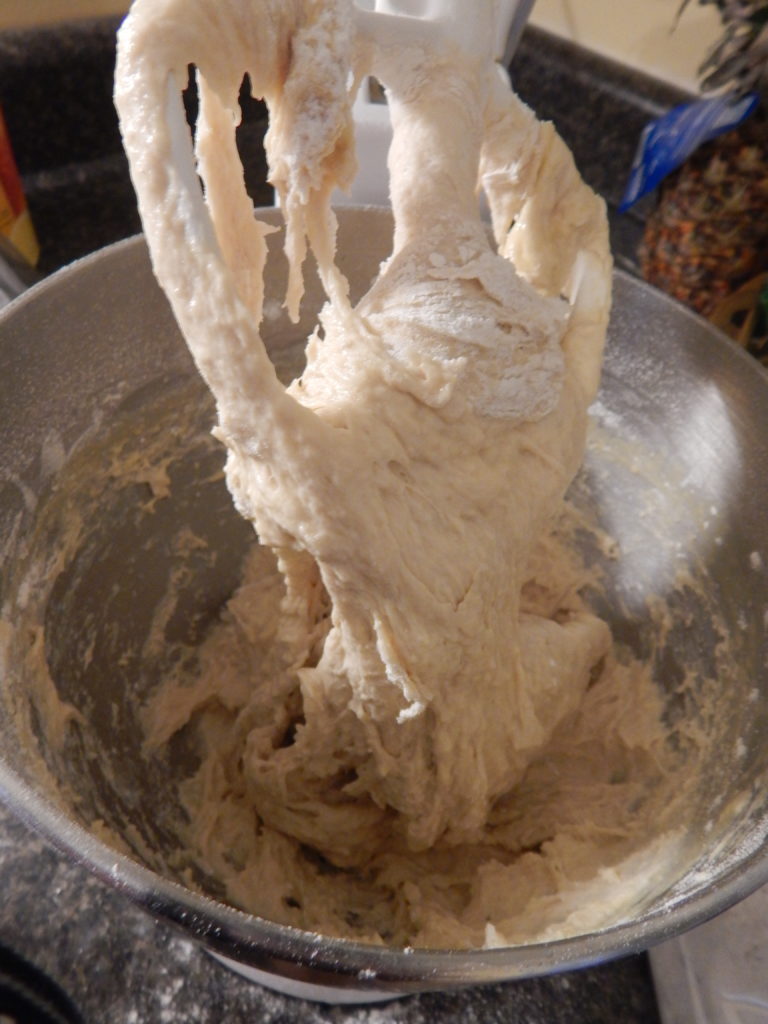 When everything is incorporated it should stretch when you lift the paddle out of the dough.

Now you don’t want it too wet, if it seems super super sticky add a little more flour, if it is too thick add a little more milk, about a tbsp at a time. Until it is a nice stretchy not too sticky consistency.
Let it rest and rise covered and warm for about an hour. 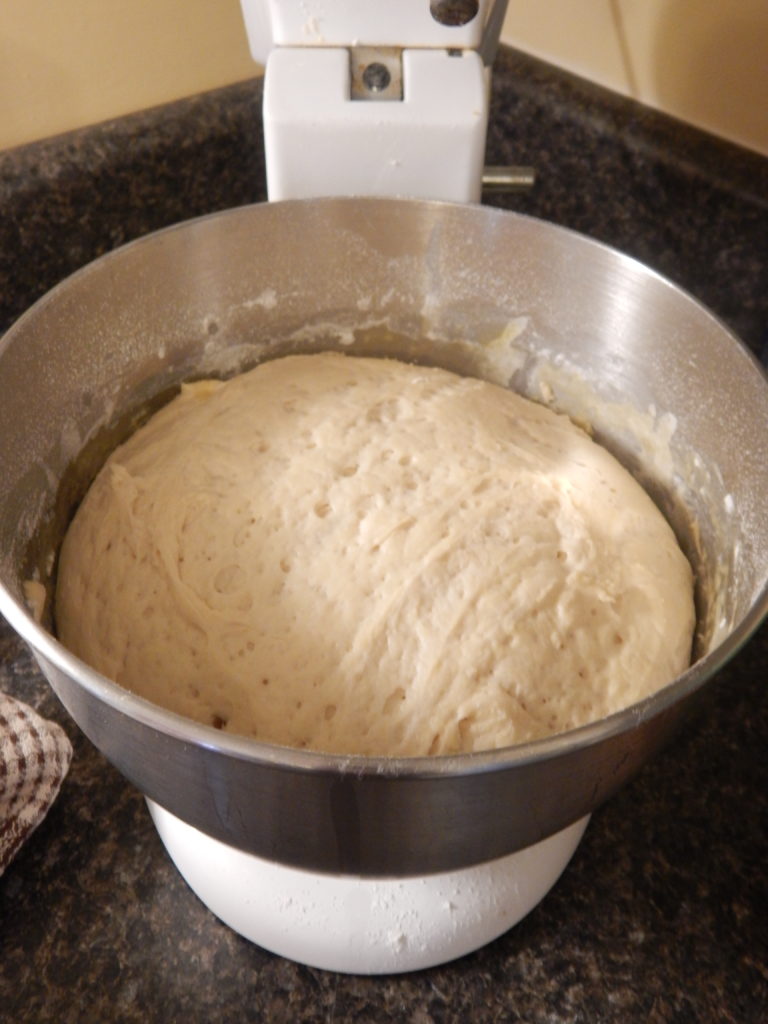 When it has risen turn it out onto a well floured surface.

This recipe is supposed to make around 16 homemade English Muffins. So what I do is try to form it into kind of a log, and then cut it into equal pieces. Then roll them into a ball and make a little patty with them. 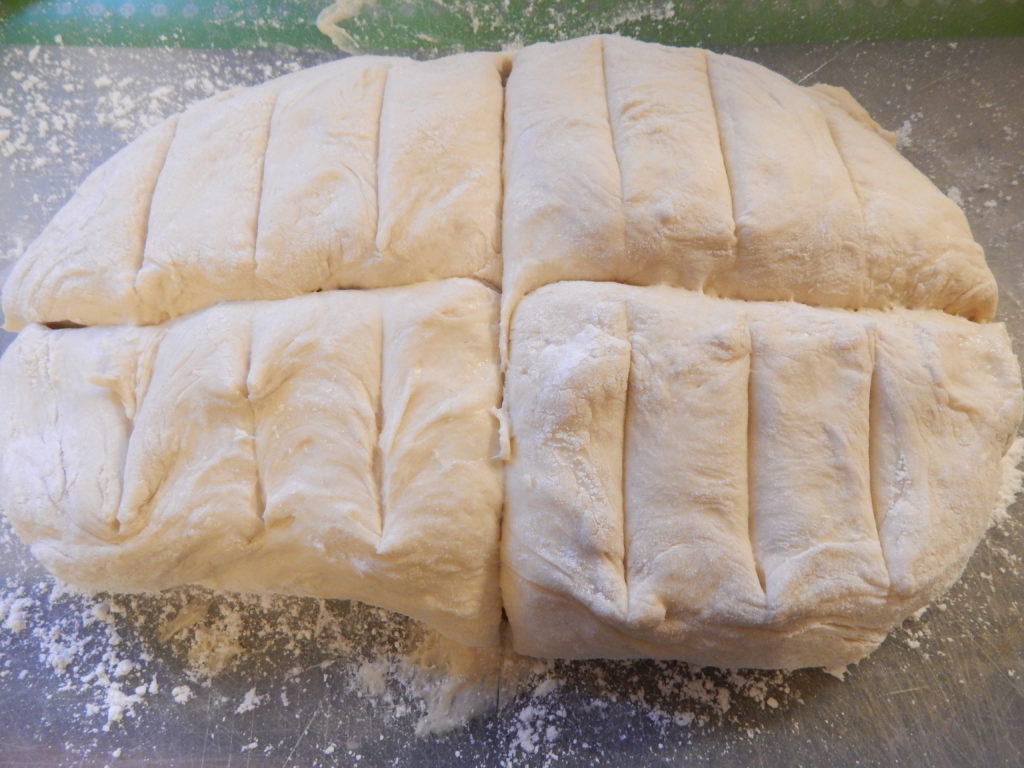 I don’t have a picture of this step, mostly because I looked like the swamp thing with dough hanging from my hands.
After they have formed, let them rest about 10 minutes, they’ll puff up just a little but no too much.
Now you’ll need a skillet or griddle, sprinkle it with a little cornmeal and set the heat to medium-low, closer to the low than medium though.
Arrange your dough patties in the skillet with plenty of room between them. 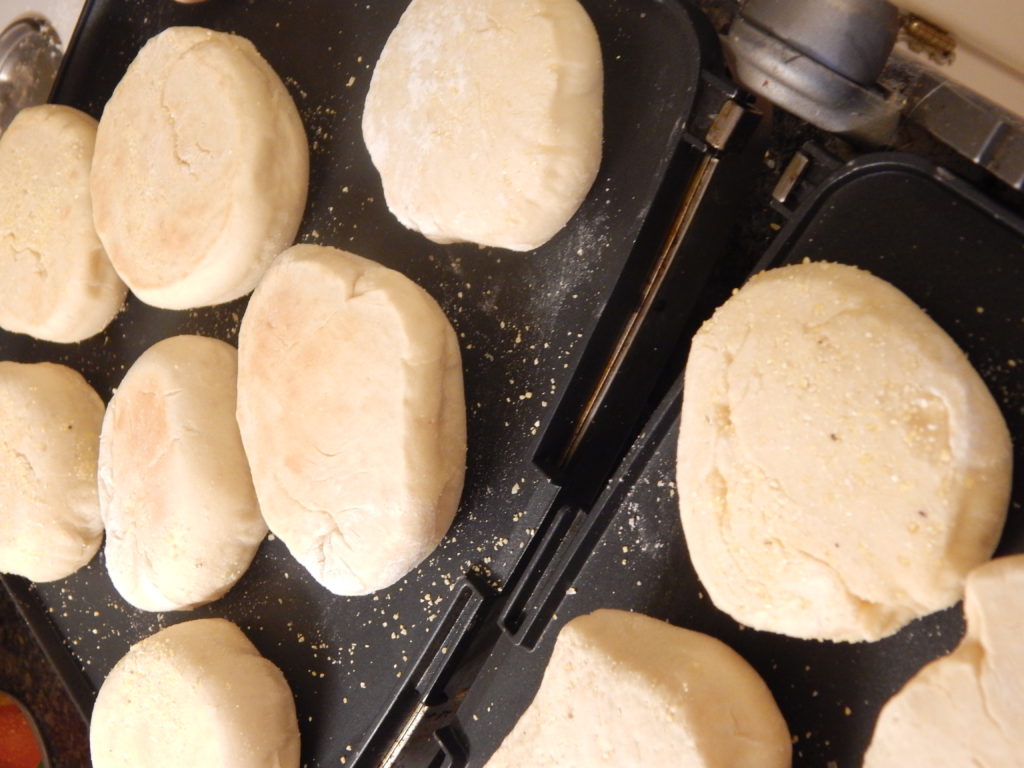 Now let them cook over low/med heat for about 10 minutes, you’ll be dying to check them so go ahead. If they are  not yet golden brown give them about 5 more minutes and maybe turn up the heat just a touch. Getting the right heat for your stove is a little tricky with these but once you do they turn nice and brown.
Then flip them and repeat on the other side.
Now if they seem to be browning on the outside and still seem doughy in the middle.(you can tell by poking the sides) Don’t worry you can finish them off in the oven. 350 for about 10 minutes, on the middle rack.
Mmmmm, nice and golden brown. If you’d like them thinner ( I make mine a little thick) just flatten them more when you make them into patties.
Split them with a fork (this is key) and toast.
They are not quite as nook & cranny-y as the store bought ones but they still hold butter splendidly
They are definitely worth the effort and you’ll never want to go back to store bought again!

Come back and let me know if you these homemade English muffins! I’d love to know what you think! 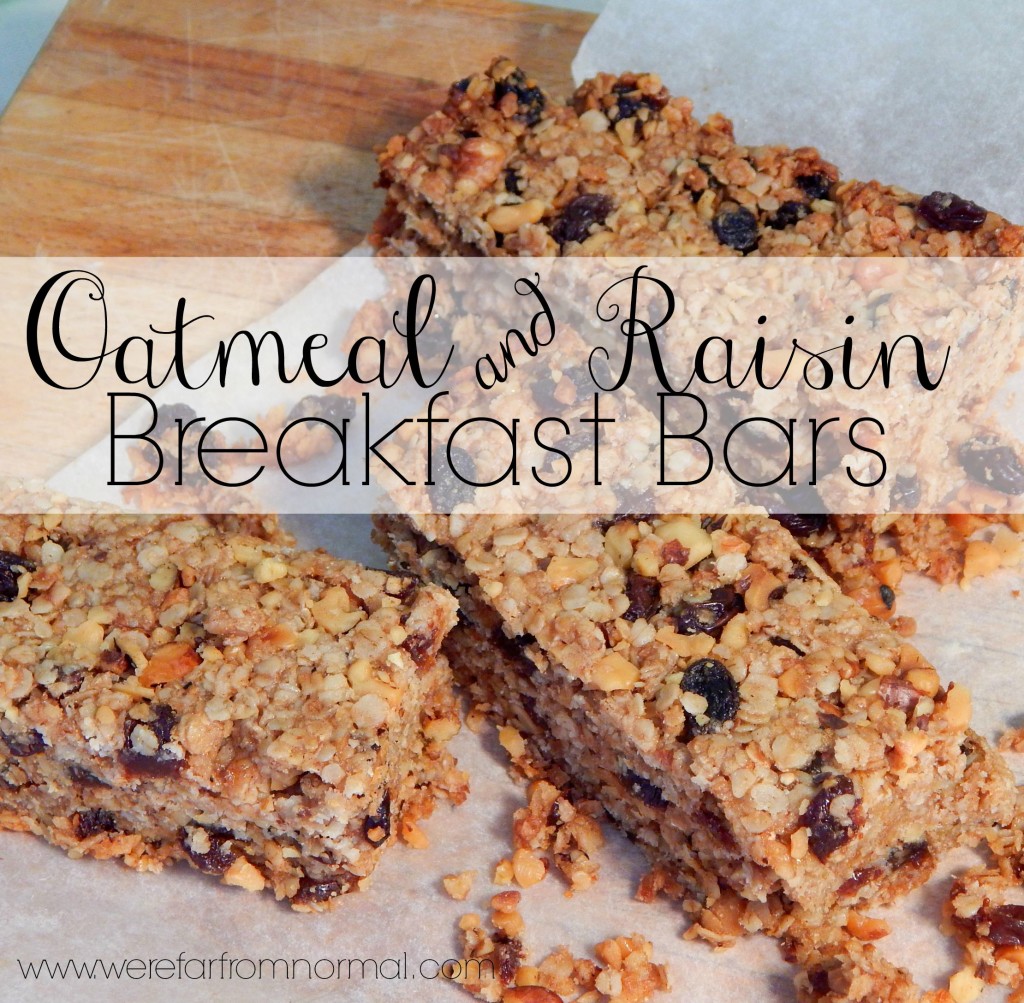 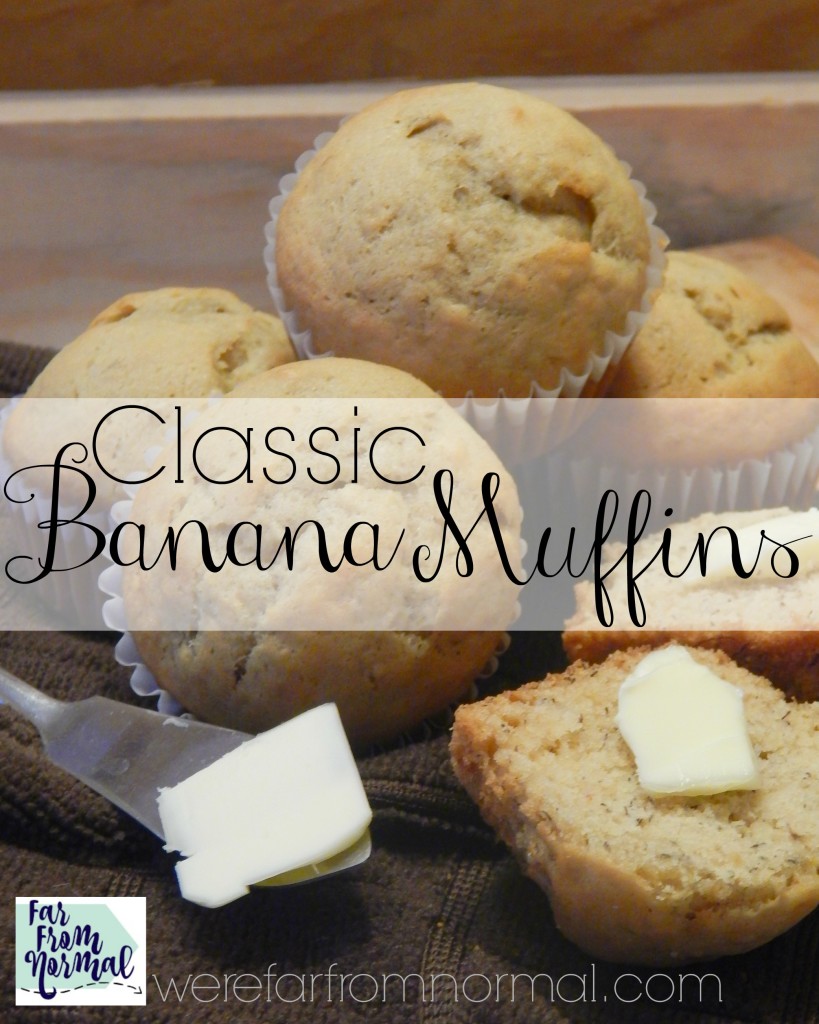