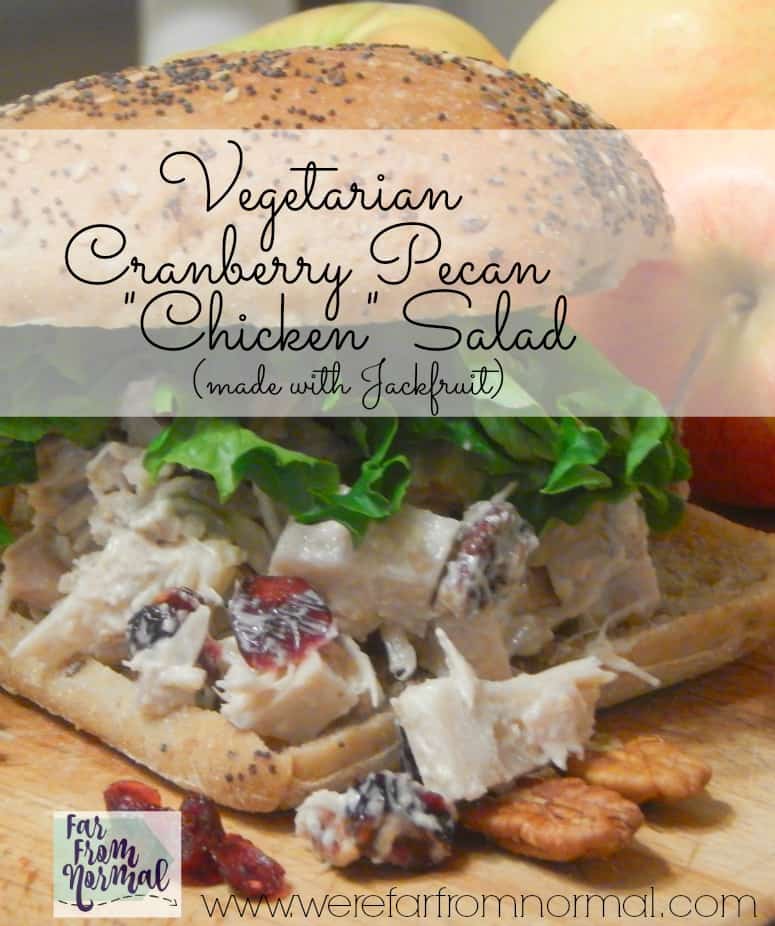 Since becoming a vegetarian several months ago there is very little about meat that I miss.

However, there are some flavor combinations that I love and have never had a meat free version.

One of them is chicken salad. I love a good chicken salad. Not because of the chicken but the combination of flavors and textures on a nice sandwich roll is just great.

I was packing the teenagers lunch and making him sandwich when i looked at the chicken salad and thought … maybe I could just make this without the chicken.

Let’s see it would have cranberries, nuts, celery, mayonnaise and … it would be a dip. It would not be a good sandwich filler, it would be dip.

Well a few days later I happened upon an article about jackfruit and how it is a great meat substitute for vegetarians and vegans. So I decided I needed to try it, that I needed to make chicken salad with it.

Let me tell you a little about this jackfruit in case you’ve never heard of it. Its a gigantic tropical fruit that can weigh up to 75 lbs! Thankfully you can buy it processed in cans from most Asian food markets or if you live in a tiny town like me you can order it on Amazon. 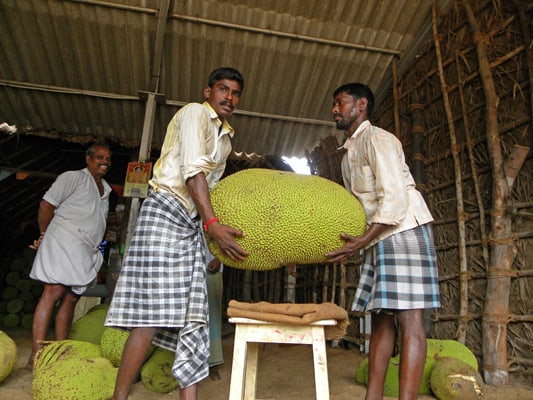 It comes canned in either a brine or a syrup. For a meat substitute you want the kind in brine, apparently the kind in syrup is nasty sweet.

Now if you google jackfrut you’ll find articles about it’s health benefits. Well I’m pretty sure once it’s processed and canned it doesn’t have a lot of nutritional value left, besides a lot of vitamin C. 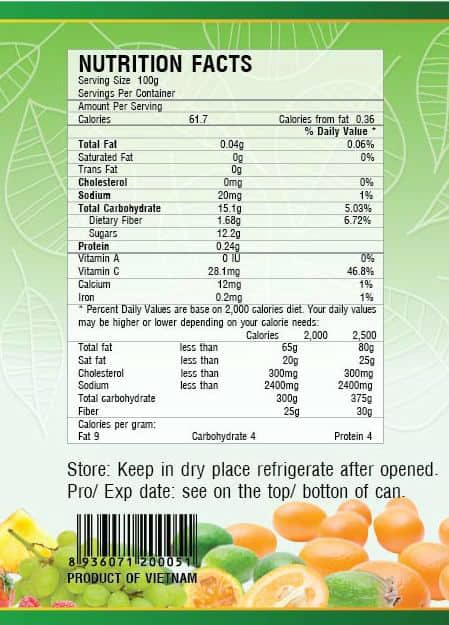 It doesn’t really taste like meat at all, even though as you’re cooking it you’ll be a little wigged out at how meaty it looks. The taste and texture reminds me of an artichoke.

This recipe makes enough for about 6 good size sandwiches. You can easily cut it by using only one or 2 cans of jackfruit. I suppose you could also use chicken in this recipe if you must… it would be just as delicious!

3- Cans of Jackfruit in brine

First if you don’t know how to toast pecans you want to spread them out on a baking sheet and pop them in the oven @ 350 for about 15 minutes, stirring them half way through. They will get a nice golden brown and smell fantastic. Take them out and let them cool before chopping.

Now in a skillet heat up about a Tbsp of olive oil. Toss in your onion and garlic and cook over medium until they clear and soft.

To prepare the jackfruit you’ll want to drain it and then chop it into smaller pieces. Some peices have a chunk of the hard core still attached to them so you’ll want to cut that off. You can feel where it gets softer, thats where you want to chop off the hard part. Once you have it in bite size pieces you can toss it into the skillet with the olive oil, onion and garlic. 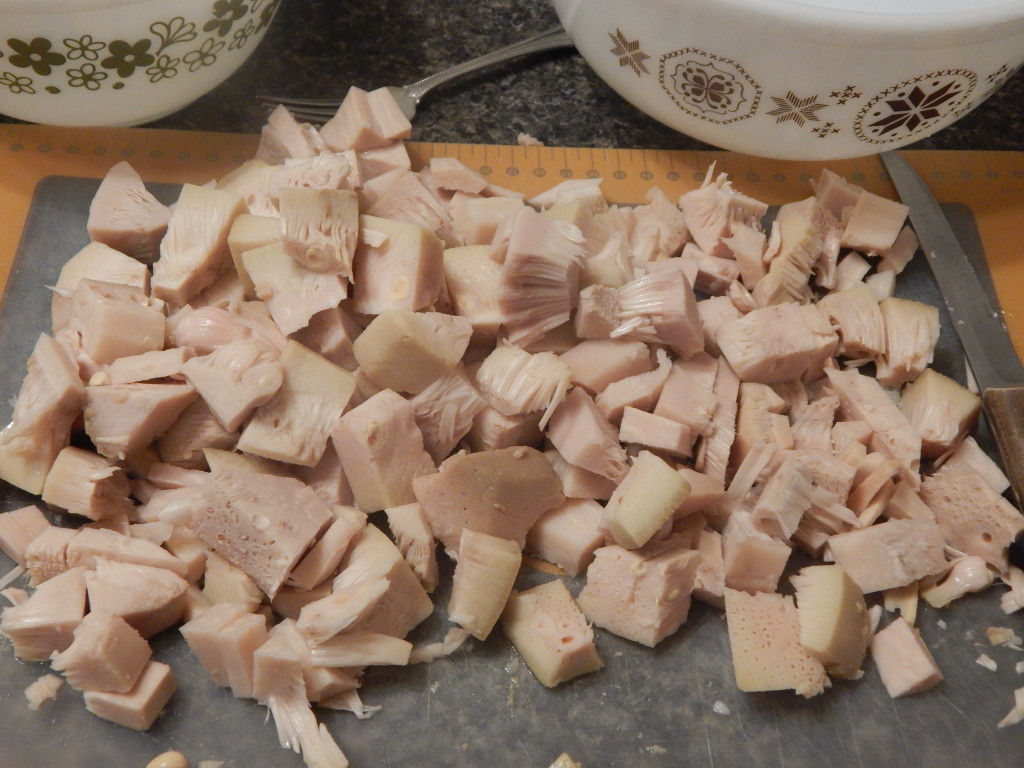 Cook it on medium and as you cook it will start shredding. Now add in you broth and bring it to a boil. Turn it down to a simmer and allow it to cook until the broth is all absorbed. 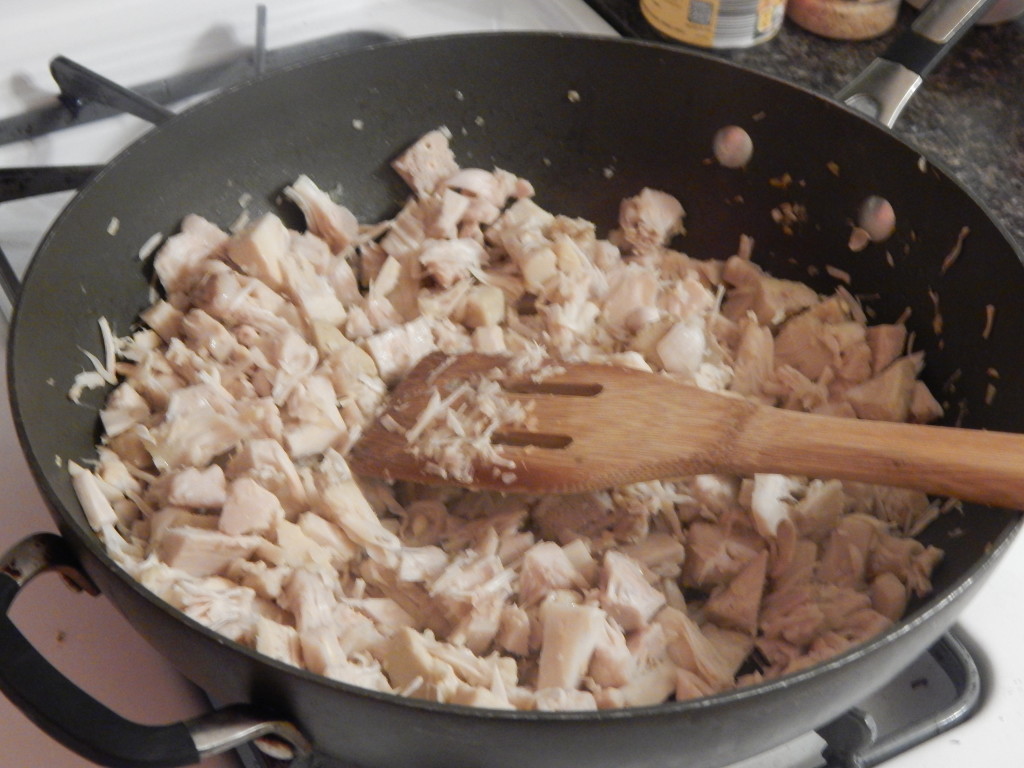 Remove it from the heat and allow to cool.

In a large bowl combine your jackfruit, cranberries, apples, pecans and mustard. Add in mayo until you get a consistency you like (some people like more mayo then others).

Serve up your “chicken” salad on sandwiches or crackers and enjoy!!