Home » How to Stop Caring What Other People Think and Be Free! 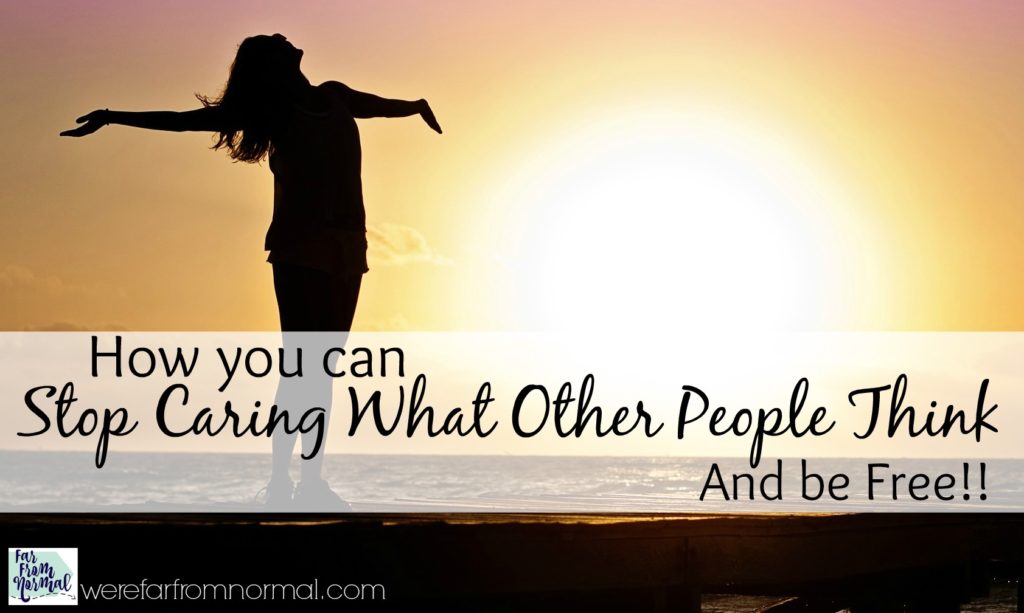 When I was 18 I was a pretty self-confident girl. Far from a lot of the typical teenage awkwardness and angst I was pretty darn well-adjusted. I wasn’t afraid to get on stage and perform, I wasn’t afraid to speak my mind. Whether it was a heated debate in class or a friend asking for advice I was always really honest. I got up every day, got dressed in whatever I felt like wearing, and never gave much thought to anything anyone else thought.

I wasn’t without the occasional self-doubt but for the most part what other people thought of me didn’t enter my mind much.

You see toward the end of my 18th year of life the shit hit the fan in a big way. 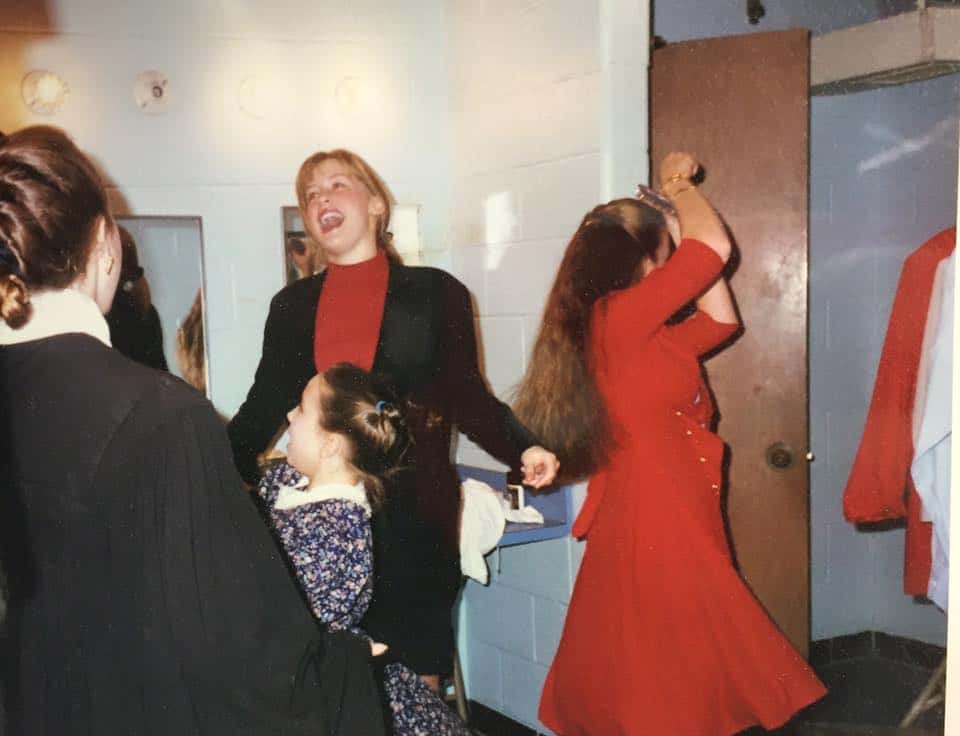 It rocked my world. Suddenly I was the center of rumors, whispers… judgment, lots of judgment. I knew my friends from school were talking about me, I knew the people from my church were shaking their heads in disappointment.  My good-girl self, honor roll student. church youth group leader was now the subject of a whole lot of controversy.

I wasn’t blind to it, I heard the tsk tsk tsking behind my back, I saw the stares and head shaking, and that was only at my ever-expanding waist line. Then there was the issues with my father’s struggle, a whole other subject of gossip. My seemingly perfect life had turned into a story line for an after school special with a quickness.

And all of a sudden I cared. I cared what everyone thought, I wondered what they were saying behind my back, how much had been embellished, what they were thinking about me. Suddenly I stood in front of my closet clueless what to wear because I was going to be somebody’s mom. I felt like I didn’t know who I was anymore and like everything and anything I did would be judged from here on out.

We don’t all go through something that triggers the caring what others think, and not everyone who cares thinks about it in all aspects of their life, maybe it’s just in your work life, with family members…

There is most likely one situation, person, or group of people whose judgment you fear, who when you go to do something you wonder what they will think. You might stress or worry over it, you might second guess yourself or even change what you’re doing based on what you think others might think.

It’s a tough place to be in, stressful, painful, exhausting.

I carried that feeling for a long time into my life. Replaying conversations in my head wondering what people thought, realizing I was the youngest mom in a group and wondering what they thought of me, second-guessing my decisions because I cared what other people would think…

But then that started to change. I started to realize some pretty significant things, and wake up to truths about my life,  and myself, that helped me stop caring what other people think and be free to live my life on my terms.

If you’re in a similar spot let me share with you what I’ve learned. How to stop caring what other people think and live life for you! 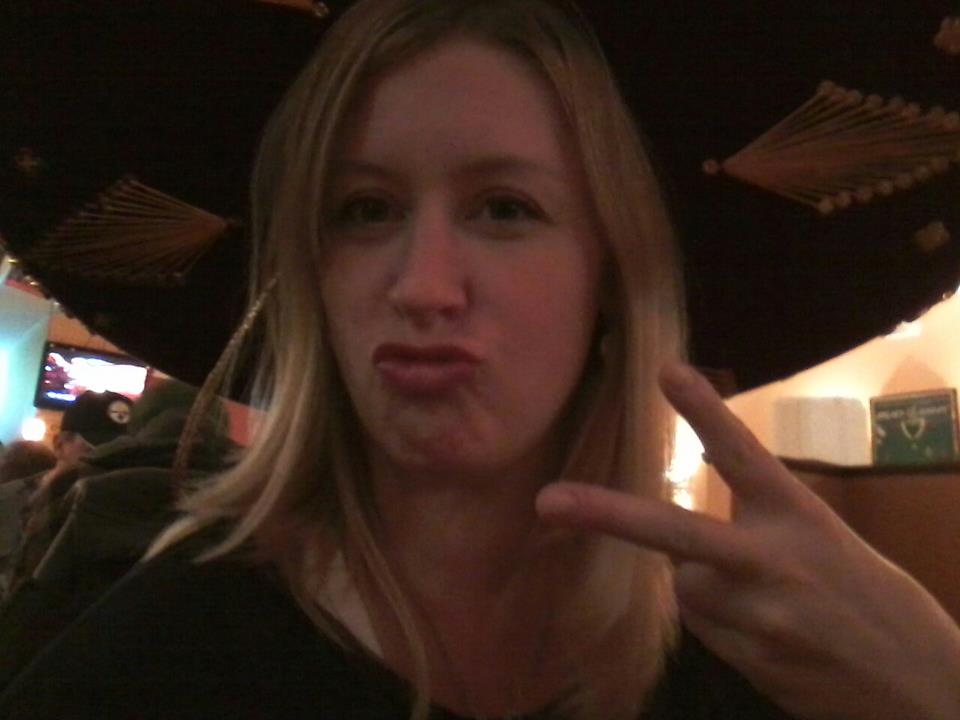 First- Realize that what people think is a reflection on them… not you.

This is the biggest, best piece of advice I can give on this subject. When people judge what you’re doing, tell you it’s not worth trying something, poo poo your idea, or tell what you’re doing is wrong… it is about them.  Most people are carrying around regrets about their lives, small-minded outlooks, strong opinions… but guess what? All of those things are theirs and they don’t have to be yours! When someone makes a judgment most often it goes back to something in them, a fear, a restriction they’ve put on themselves, a long-held belief that they are unable to let go of. Have someone telling you your business idea is crazy? They probably have one they’re afraid to try. Someone telling you’ll never lose weight with the program you’re trying? They have probably failed at weight loss at some point. When you start to awaken to the realization that what others think is totally and 100% on them it becomes much easier to let judgment roll off your back and not affect you.

Second- Realize that people aren’t thinking about you near as much as you think they are.

I don’t mean to bruise any egos here but… you are probably not at the top of most people’s minds. The fact is if you are the subject of some juicy gossip once everyone hears about it the talk will die down. Something else is bound to take your place on the gossip chain. Maybe it’s not gossip but just something that you know for sure everyone will be wondering about, talking about, silently criticizing you … or maybe not silently. Maybe they are… but refer back to the first point please. Now think about the last time you raised an eyebrow at something a friend or family member was doing. How much thought did you give it? How many people did you talk to about it? My guess is not much and not many. Guess what? Others thoughts about you and your life probably take about that much time and energy. People have their own lives and own problems, you’re most likely not at the top of their list. 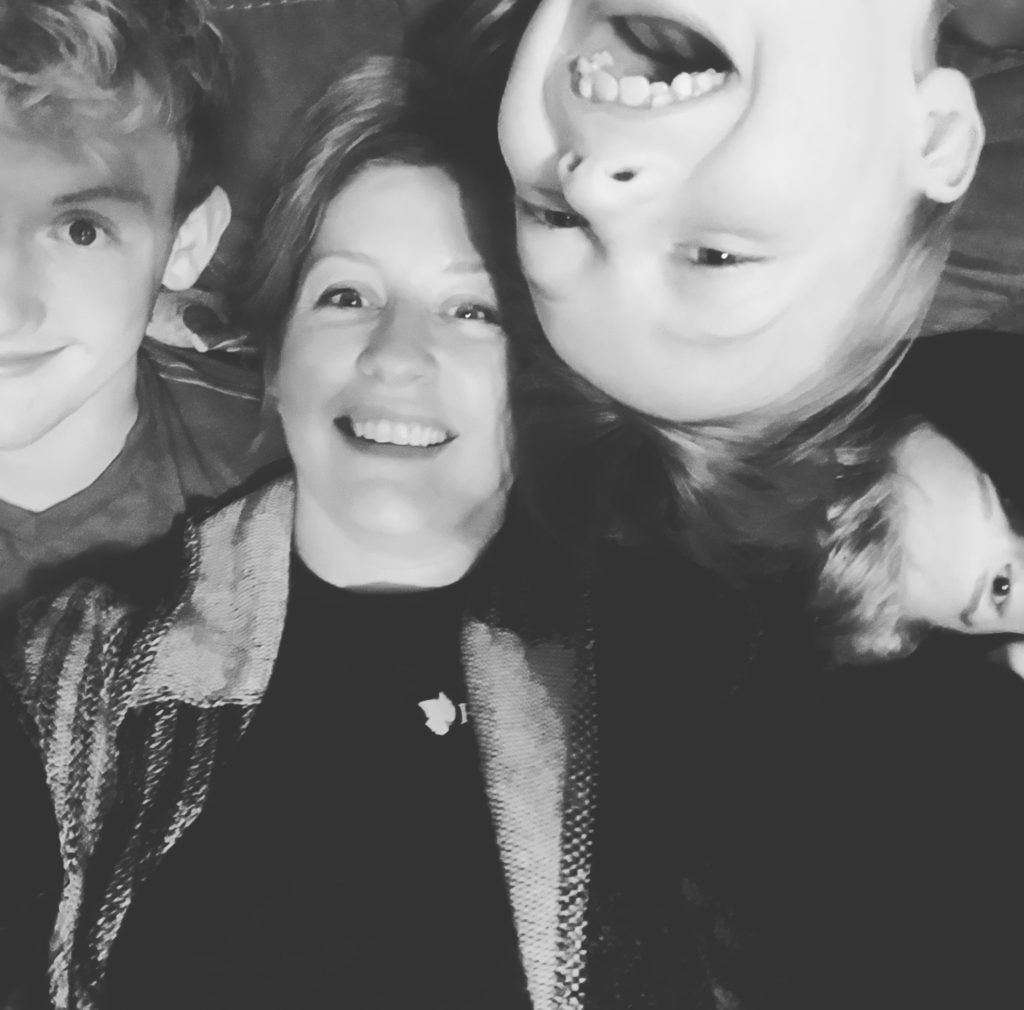 Third- Know your why.

Why are you doing what you’re doing? When we moved a few years ago from our big beautiful house into a tiny little fixer upper I know my family wondered what we were thinking. Heck, I know that sometimes they still wonder that… but I don’t care. It’s not that I don’t find their input valuable or don’t seek out advice at times. It’s just that when I know what I’m doing something and it is a positive move or decision, I don’t care if people think I’m crazy. When we make a decision, knowing why we’ve done it is a powerful weapon in the fight against caring what anyone else thinks. From small things like the clothes we wear, or the color of our hair, to big things like our work or our jobs, why are you doing it? When you worry what someone will think, become clear in your own mind why and be confident in that!

Finally- Lead from your best self.

That sounds like some new age-y crazy talk right? Well it’s not… it’s some good solid advice! Your best self, your highest self, the part of you that knows without a doubt that you are awesome is the one you want to make decisions with. That why that’s backing you up? When you know you’ve come up with it from a place within yourself that knows it is the best thing for you, you’ll have crazy confidence in it! Whether you are a person who prays, or meditates, or makes pro-con lists… the way you come to a confident decision, that is the best you, and it is the you that you want to lead with. When people think you’re crazy because you’ve decided to homeschool, you know without a doubt that it is the best thing for your family. When you wonder what people will think about the blue streak in your hair you’ll know you did it because it makes you feel awesome. Suddenly when you stop leading with self-doubt other people’s doubts in you seem incredibly insignificant.

There is a level of freedom in letting go of anyone else’s expectations of your life. Of letting yourself make decisions based on what you want, what you know is best, without letting anyone else’s opinion leak into your decision-making. It takes practice, it takes remembering these things I’ve mentioned, and it takes loving yourself enough to keep working at until you’ve got it!