Home » Should I Let My Child Quit??

Are your kids involved in an activity they want to quit? Did they think they wanted to do something but now they don’t? Are you asking yourself, “Should I let my child quit?” 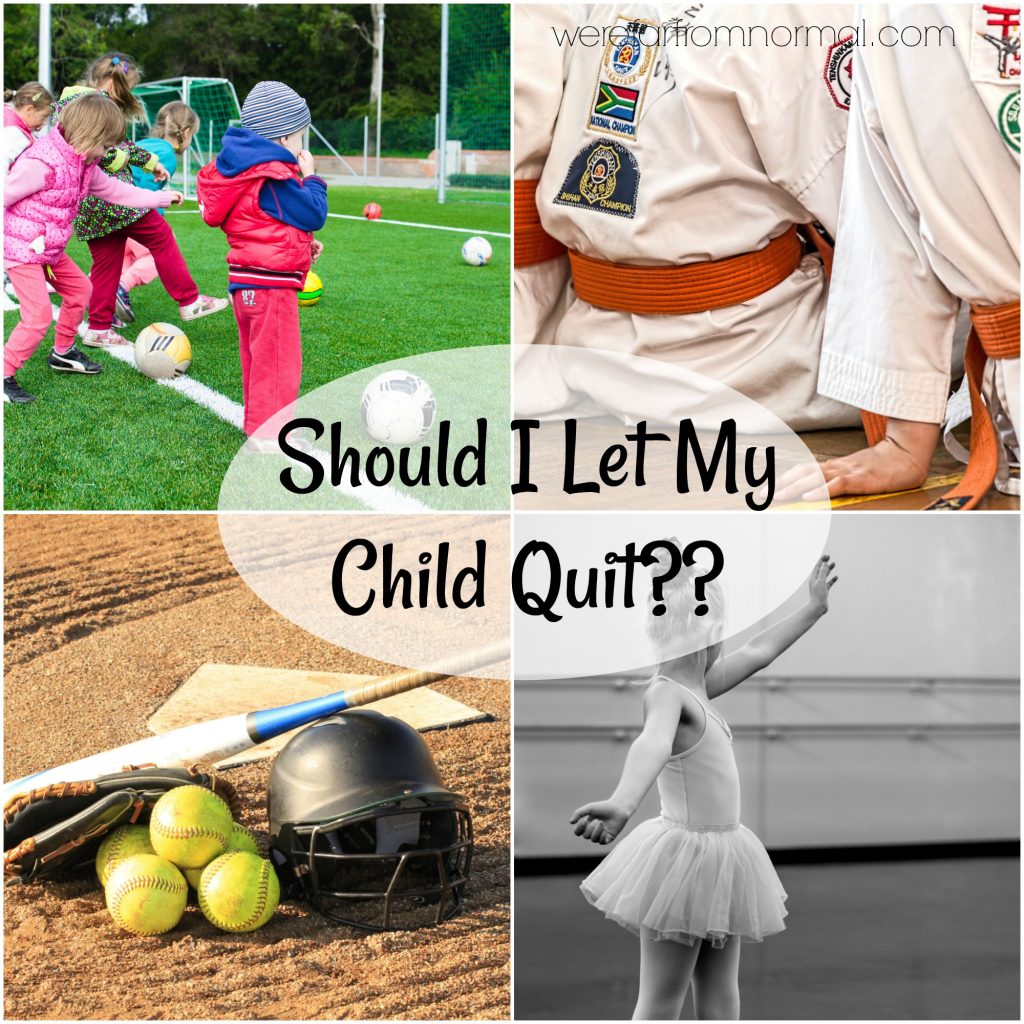 So the question at these times is do you let them quit? Do you make them stick it out? Do you push them to keep trying? What is the right decision? What is best for them? Should I make my child continue? Should I let my child quit? 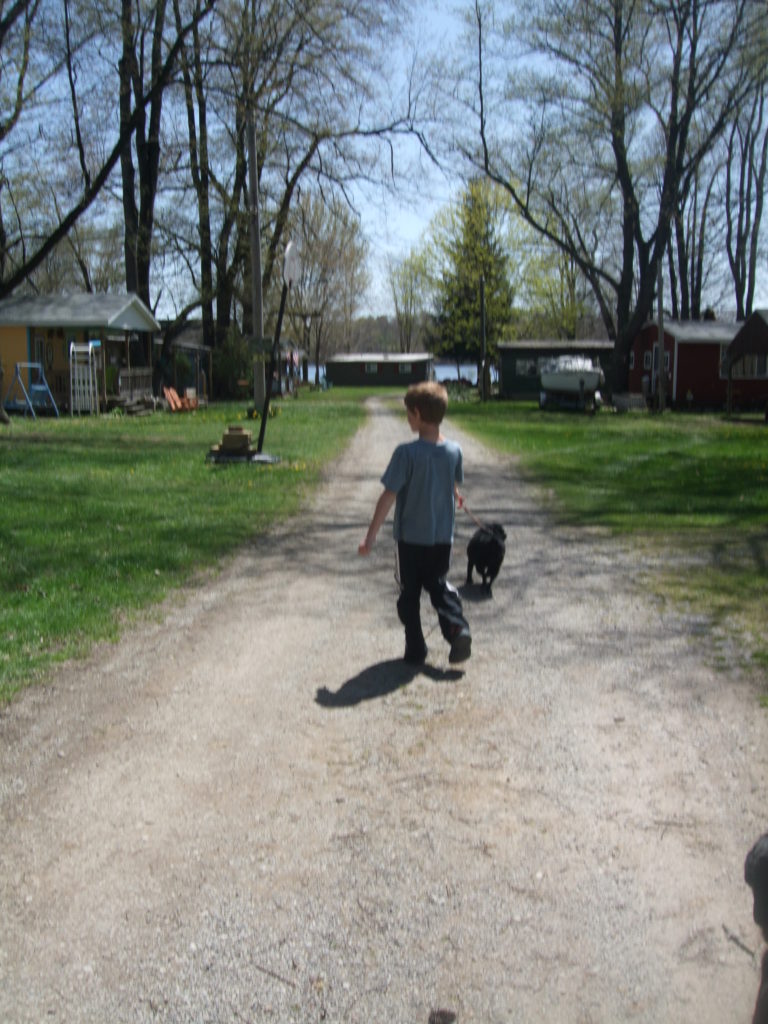 It can be a hard choice to make, but here’s some things to consider if your child is asking to quit an activity they are involved in and you are wondering, should I let my child quit?

Should I let my child quit??

Adults quit all the time– So I’m a big believer in the fact that kids need to make decisions like grown ups do. That by letting them make choices they learn lessons that we can’t just show them. I also realized early on in parenting that kids realize what grown ups do and don’t understand when they can’t do the same thing. So when it comes to a lot of parenting decisions I often ask myself “What have my kids seen from me when it comes to this?” When we’re talking about quitting I know they’ve seen me, my husband, and other adults make the choice to not continue with something. The difference is as adults we don’t use the word quit (unless it’s a good connotation like, I quit smoking) we call it other things, moving on, trying something different, changing direction. We don’t like the word quit so we change our phrasing.

I want my kids to know that when they reach adulthood, or during their college years that course correcting is just fine. If you’re in a job you hate, a relationship that isn’t working, or have declared a major that isn’t interesting to you, that quitting can be the best decision. Adults quit jobs, diets, classes, change their mind about what car they drive or what deodorant they use. Adults are constantly starting and quitting and kids see that! 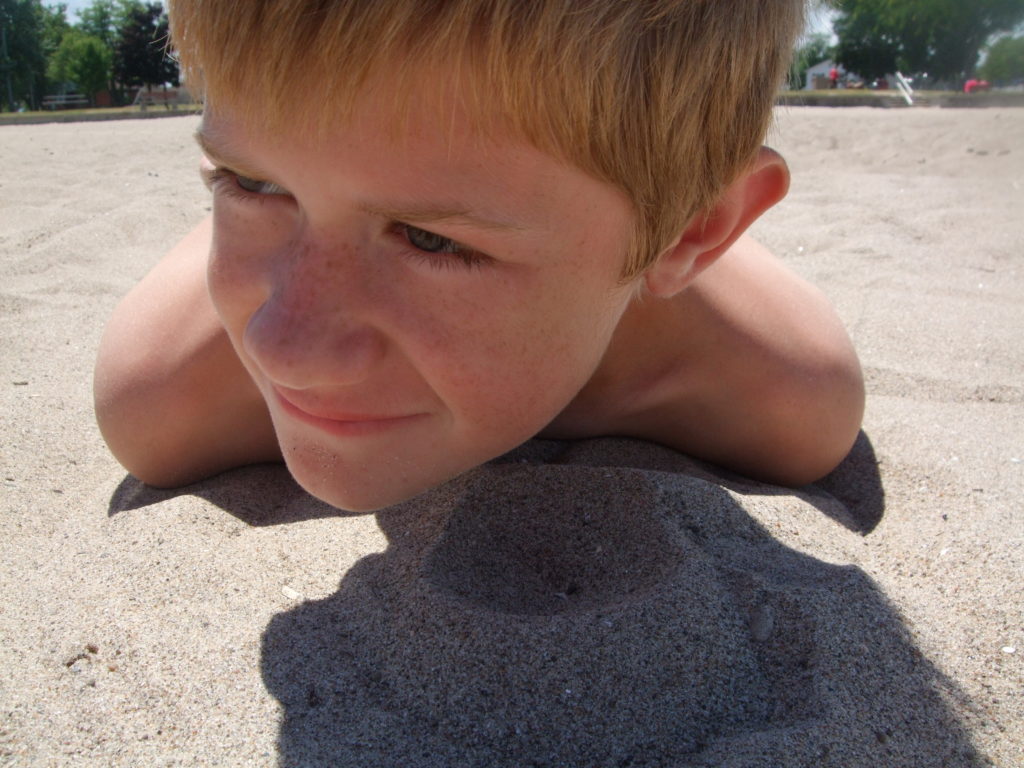 Why do they want to quit? There are a million reasons why your child would want to quit something and knowing, and understanding that reason can help you decide to let them or not. Are they frustrated or feeling discouraged about their progress? Do they not like the instructor or teacher? Did their friends quit? Maybe they’ve done it a long time and are feeling burnt out? Take their why into consideration. Think about it from their point of view and think about what is best for them! Maybe pushing through the difficult part will be rewarding in the long run. Maybe taking a break for a little while is the answer. Or maybe it’s time to move on to something completely different and let what they’ve been doing go. Let them be open and honest with you about why they want to quit and really consider their perspective.

Do you want them to continue? Maybe they want to quit but you want them to continue. Here’s another place to understand the why. Are you pushing them because you want them to succeed, or to meet your expectations? Do you want them to continue because you think they’ll regret quitting? Do you think they need to learn to follow through with something? There are so many reasons as parents that we want our kids to continue with something, that it is important we really analyze our motivation. We have to make sure that we aren’t pushing because of something that has to do with us, but that we are putting our child’s needs and feelings first.  Sometimes we have to keep pushing them because we know what is best for them, my oldest has a black belt in Tae Kwon Do because I kept him enrolled when he wanted to quit after the first 2 classes, he learned to love it and kept going because he wanted to. It’s important we weigh all the reasons to quit or continue. In this instance when I asked myself, “should I let my child quit” the answer was no! 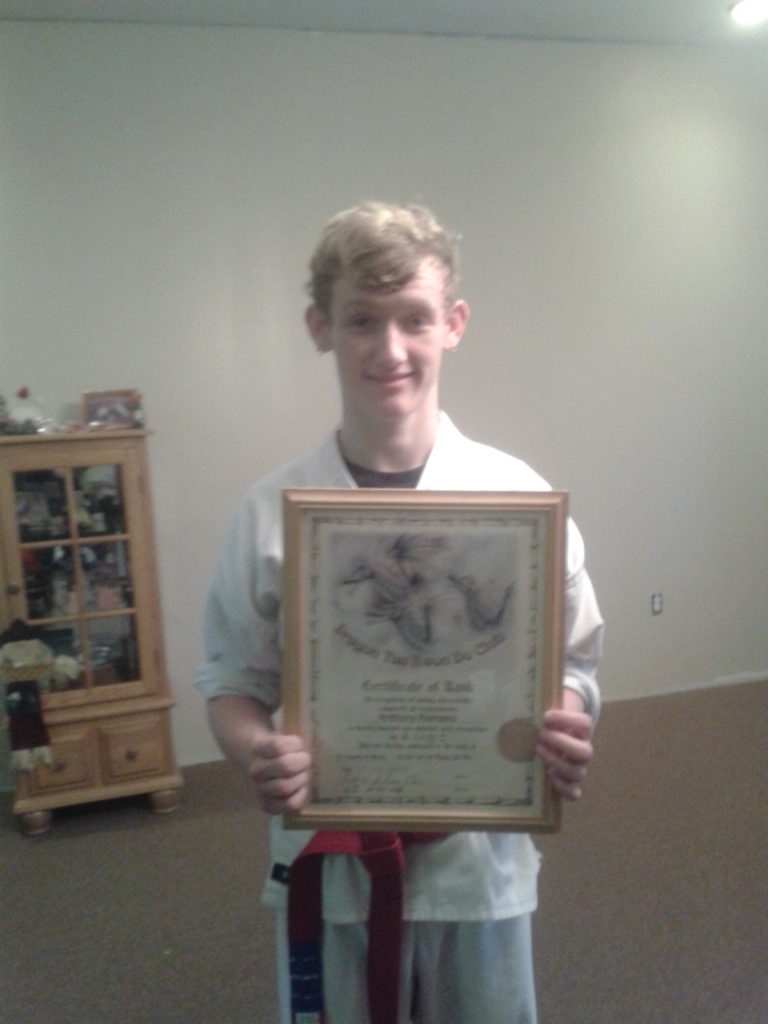 What is the path of least resistance? Over the summer my son’s best friend decided that he didn’t want to play football that fall. His mom had already signed him up and paid the $45 non-refundable registration fee. He decided he didn’t want to play and she was torn about whether to make him or not. My husband said to her, “what is the path of least resistance here?” When she thought about it, letting him quit and losing $45 was way easier than dragging a kid to practice 5 times a week when he didn’t want to go, sitting through games, and spending even more money on equipment and uniforms when he didn’t want to play in the first place. Sometimes you have to ask yourself, how much of a struggle is pushing this going to be, and in the long run is it really worth it? Often letting that struggle go is way easier on you, everyone’s stress level,  and your relationship with your kids.

Do they understand the decision they’re making? – When it came to my friend’s decision to not make her son play football it was important that he realize that there was not turning back on it. Once the teams were formed and the season started there was no “I changed my mind.” One of the most important aspects of letting your child quit is their understanding of the ramifications. Sometimes there aren’t any, they could quit dance classes and decide 6 months later they wanted to go back and it would be ok. Other times it’s a final decision that can’t be changed,or taking a break may put them behind their peers in skill level.  Make it clear how it works and what their decision to quit encompasses. 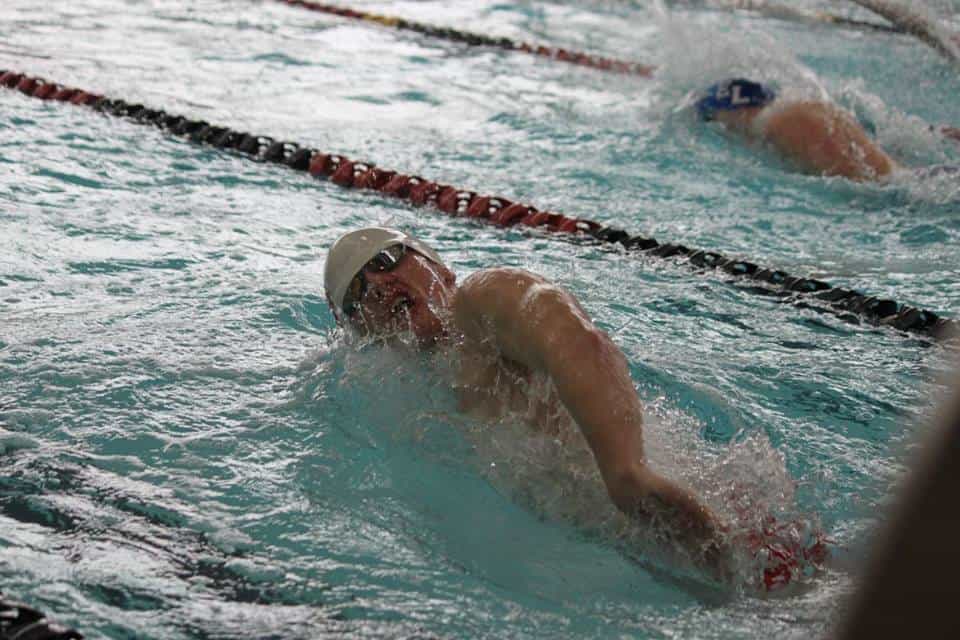 Are they at a stopping point?  If your child plays a sport and is part of a team, I believe it is important for them to finish out their season. They need to understand that there are other people counting on them and that they need to see their commitment through. But at the end of the season? If they don’t want to play again, that is a perfect stopping point. When my son went to public school this year and decided he wanted to come back to homeschooling we made the decision to have him finish out the semester so that he was at a good stopping point. I think it’s important if the decision to quit is made it’s done in a way that doesn’t effect other people and at a time that makes the transition easier .

I think often parents are afraid that if they allow their child to quit that they’ll be a quitter all their life, that they won’t learn to follow through with things they commit to. A huge part of asking, “should I let my child quit” is fear that if we let them we’ll ruin them!  While this is a valid concern, especially if you notice a pattern developing, for the most part wanting to quit an activity or two doesn’t develop a bad habit, it just signifies a change in your child’s interests.

When it comes to asking, “should I let my child quit??”  there are so many things to think about, and talks to have. I think the most important thing is to be open-minded, understanding, and try to come to an agreement that makes everyone happy!

No, I Don’t Check My Teen’s Phone. Here’s Why 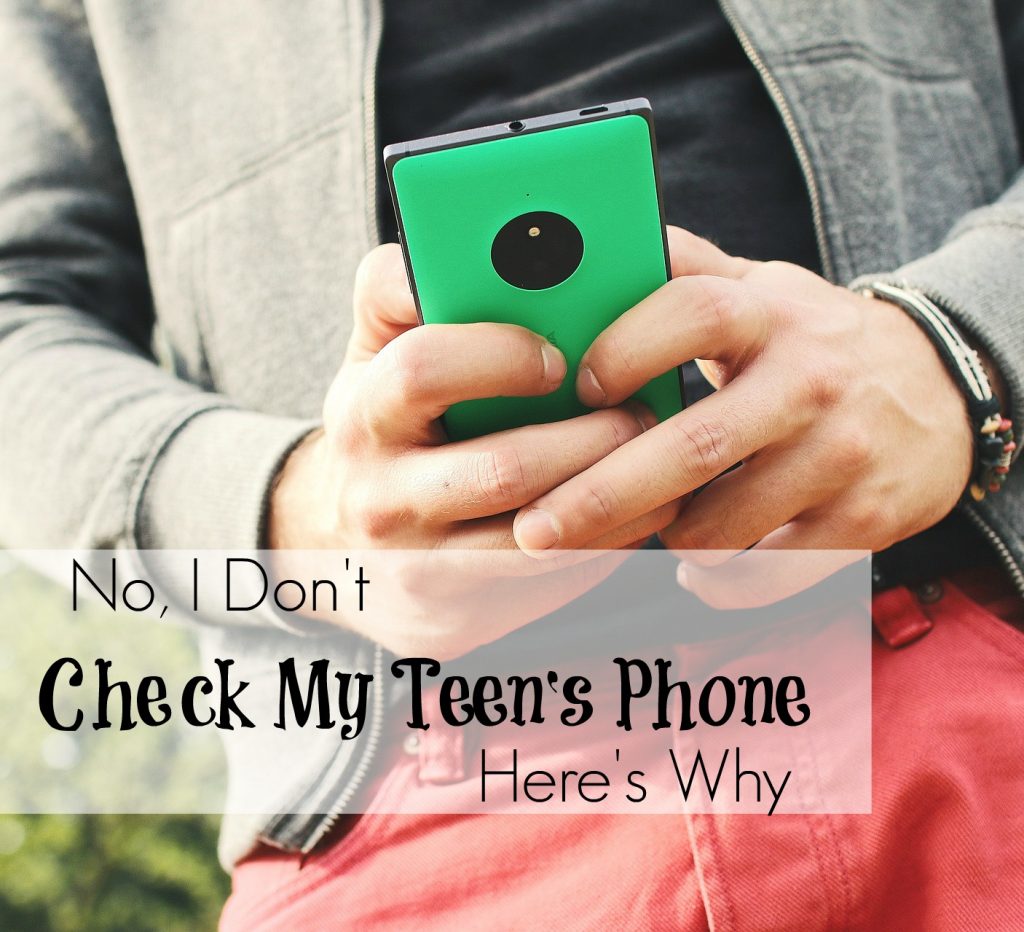 Giving Your Kids Wings Not Fears