Home » How To Better Relate to Your Teen

I have two teenagers in my house…

While my middle one is freshly 13 and not quite into the throes of teenagerdom, my 17-year-old has been there awhile.

I have to say I love teenagers. There is something refreshing about these young people who have their whole lives ahead of them, who feel unstoppable, and independent, and excited . They are full of life, full of energy and really fun to be around.

I know though that some adults don’t see them like I do. They see the negative parts of being a teen. The drama, over-reaction, know it all attitude, the rebellion, the immaturity.

Is it there? Yes.  But is that what defines kids of a certain age? It doesn’t have to be.  They aren’t hard to relate to, it isn’t hard to look for the best, and develop relationships that are based on mutual respect, caring, and that give them the knowledge that you care about them.

After all, this is the final step toward adult hood, it’s time for a shift in the parent/child relationship. It’s time for us to look at them, relate to what they are going through, and guide them.

At least that is what I think. As we move further into the teen years I realize what a great relationship I have with Anthony, what I’ve done right and what I’ll do differently as Nathan moves into full-blown teen. It’s not always easy. But it doesn’t have to be hard. Simple gestures, conversations, and attitude changes can make all the difference in these years, and your relationship with your son or daughter. 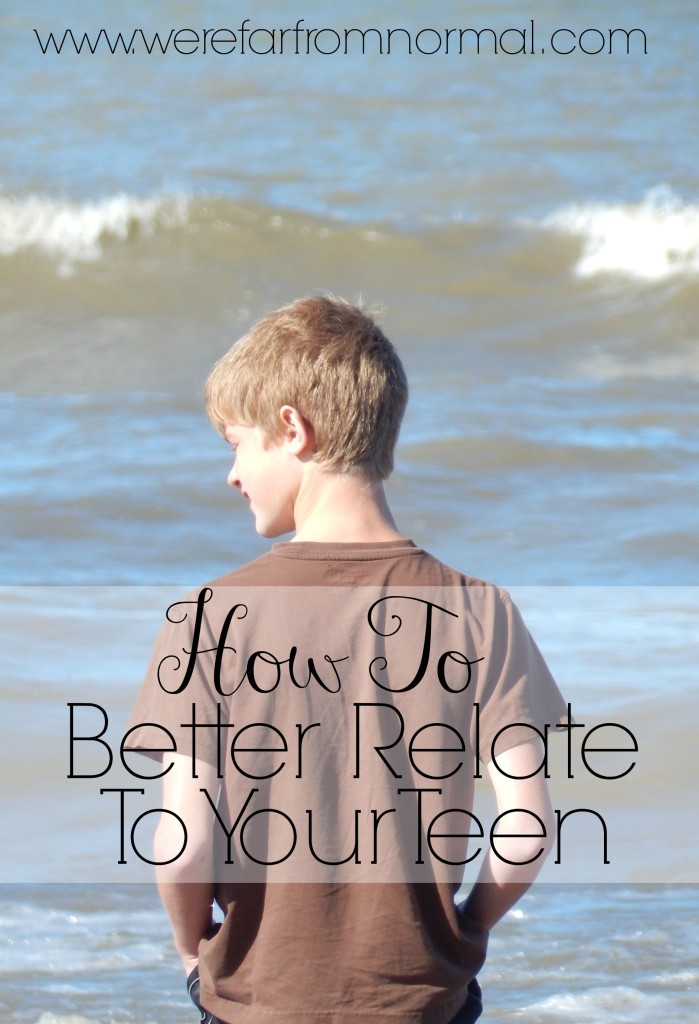 – Listen to their music– This is the part where you hope they have good taste. I am so lucky that Anthony likes good music. There are some of “his” songs that I don’t love, or albums I’d rather not hear over and over again, however I turn the radio over to him when we are in the car. What difference does it make? Teenagers relate to their music, it is an important part of their life. When you listen to it with them you get a sense of where their mind is. When they want to go to a concert you know what kind of atmosphere it might be. It shows them that you are interested in what interests them, and that means a lot.

– Be on social media- NOT to spy on them.  This is about relating to them. Even though I think all parents should be on social media to see what their kids and their friends are posting there is an entirely different reason. You know that funny cat video on Facebook? They’ll be talking about it, you can too. When a new video game is announced via Twitter you’ll know about it and can share their excitement. It seems silly, even a waste of time, but knowing what they are looking at, having your finger on the pulse of their information makes you easier to talk to and gives you a sense of what they care about.

-Step into their space- It’s no secret that teenagers like their privacy. But on occasion step into their space. Sit in their room with them and check out the video game they are playing. When they have friends over, offer them a snack and take a minute to strike up a conversation. Sit with them while they work on homework and have a chat. It doesn’t have to be anything huge, just some time spent where they are most comfortable and relaxed. 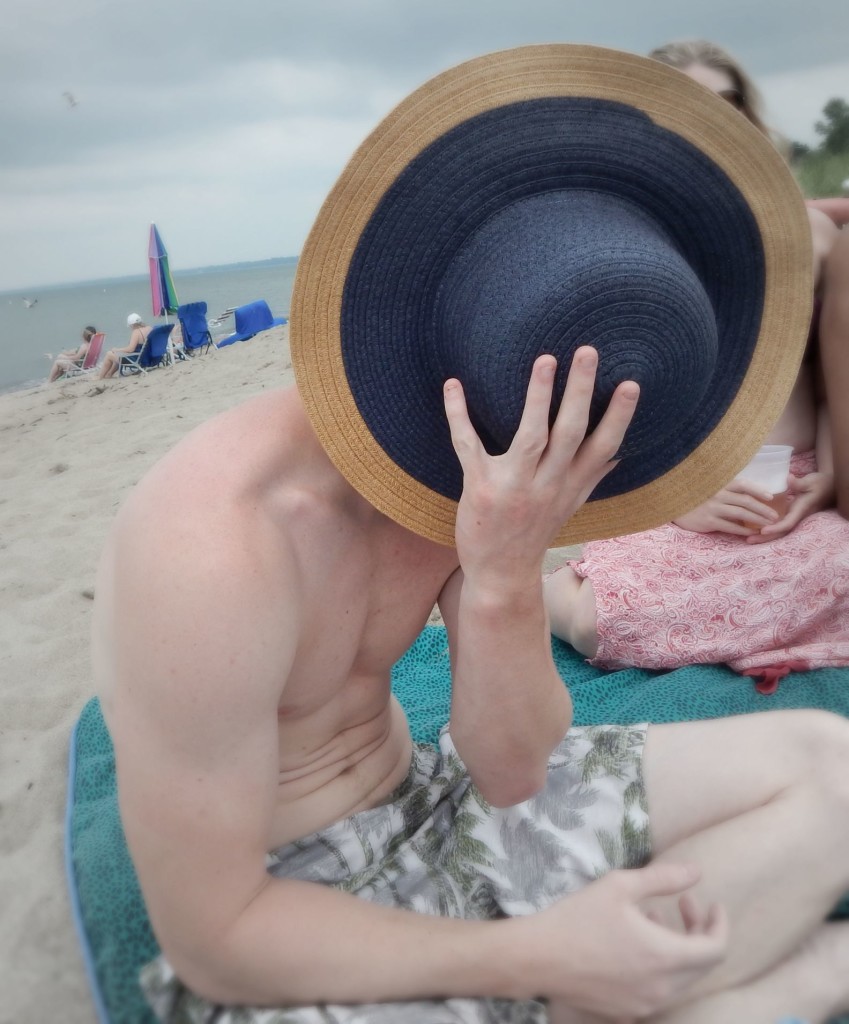 – Give them their space- This totally contradicts the last one doesn’t it? Not really. I’m talking mental space as much as physical. Is you teen going through a break up? Stressing about school? Angry at you for something? Leave them be. Let them have time alone to work through their feelings without pressure or agitation. Give them space to just be by themselves when they need it even if there isn’t anything going on. They need alone time, they need space, give it to them.

– Watch your reactions Oh this is a biggie. As the parent of a teenager you are eventually going to hear something that you don’t like, or don’t necessarily want to hear. They are going to drop an f-bomb, tell you they’ve had sex, talk about their friend who did something stupid while he was drunk, get a bad grade on their report card, get in a fender bender… the list of things that might make you flip shit is pretty long…. don’t.  I repeat DO NOT lose you cool, don’t shout, don’t lecture, don’t over react. Take a breath, before you say anything. You want your teen to communicate to you, whether it is something good or something bad, something you approve of or disapprove of. You want to foster honesty and openness, they will stop coming to you if you keep reacting harshly. Freaking out is going to close those doors faster than you know. Keep your cool, if you need to punish them do it with a level head and let it fit the crime. Considering talking about their decisions, situations, and actions and how they could do it differently, why it wasn’t the best idea. Start treating them like adults instead of children. They will respect your opinion more and listen so much better.

-Remember what it was like- This helps with watching your reactions. Do you remember when you failed that geometry test? Remember when you dinged your mother car? How about that time your friend who was driving got drunk and you had to call your dad? Think about those feelings. Remember how intense everything was, how important your friends were and how it felt to lose your first love. Remembering, can help you empathize and understand so that you relate in a way that comes from a place of understanding. That doesn’t mean that you’ll never have to put your foot down or that they’ll never be upset with your reaction, but if they know you care to understand it can make it easier.

Give them some freedom-  There are a million things that are terrifying as a parent, and one of the biggest is a teenager with freedom to make mistakes…. We know what we did, we know our kids will probably do it too… aaahhhhh!!!! Give them the keys, let them go to the concert, give them freedom to make decisions and feel good about them, or to learn from them as the case may be. Start small, let them prove themselves in an easy situation, then move on. They will feel respected, proud of themselves when they get things right, and make you proud when they can navigate on their own. 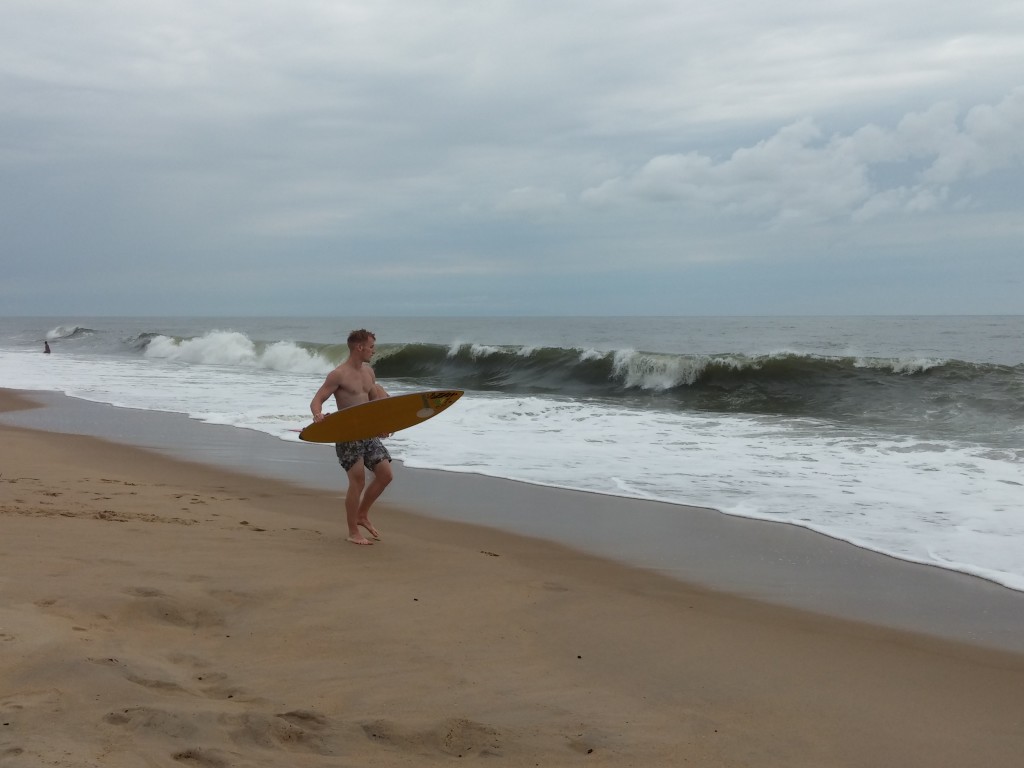 Raising teenagers is a lot like having a newborn. It is uncharted territory, there is no instruction manual, and you are pretty sure that you’ll screw everything up. However it can be a time of learning that the child you’ve raised is on their way to becoming a pretty awesome adult, and seeing that the things you’ve tried to teach them have sunk in more than you realized. It is a time where relating to them is important, where strengthening your relationship is key, and where often you need to take a breath… and have a glass of wine!

Would You Give Your Daughter Cigarettes? 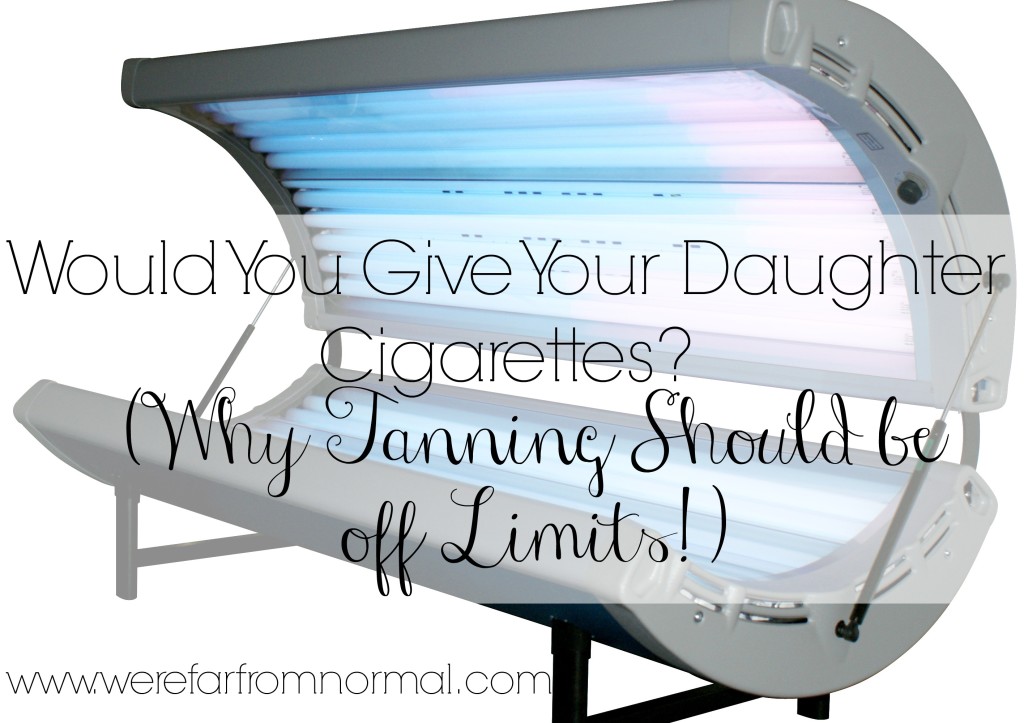 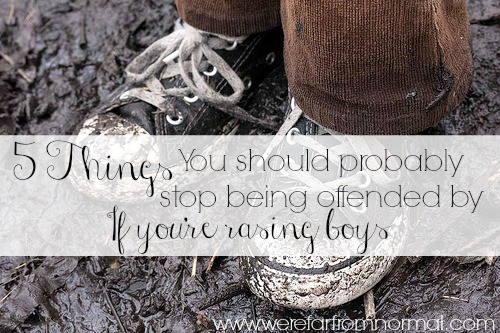